Tomorrow the 2016 Summer Olympics officially known as the Games of the XXXI Olympiad will open in Rio de Janeiro, the first South American host ever.

2792 years ago the first Panhellenic Games took place in the sanctuary of Zeus at Olympia. In those days the start of the games were still calculated astronomically: Two days before the second or third full moon after the summer solstice – so usually in August –  the Greek sports community met for the largest peaceful competition in the ancient world. 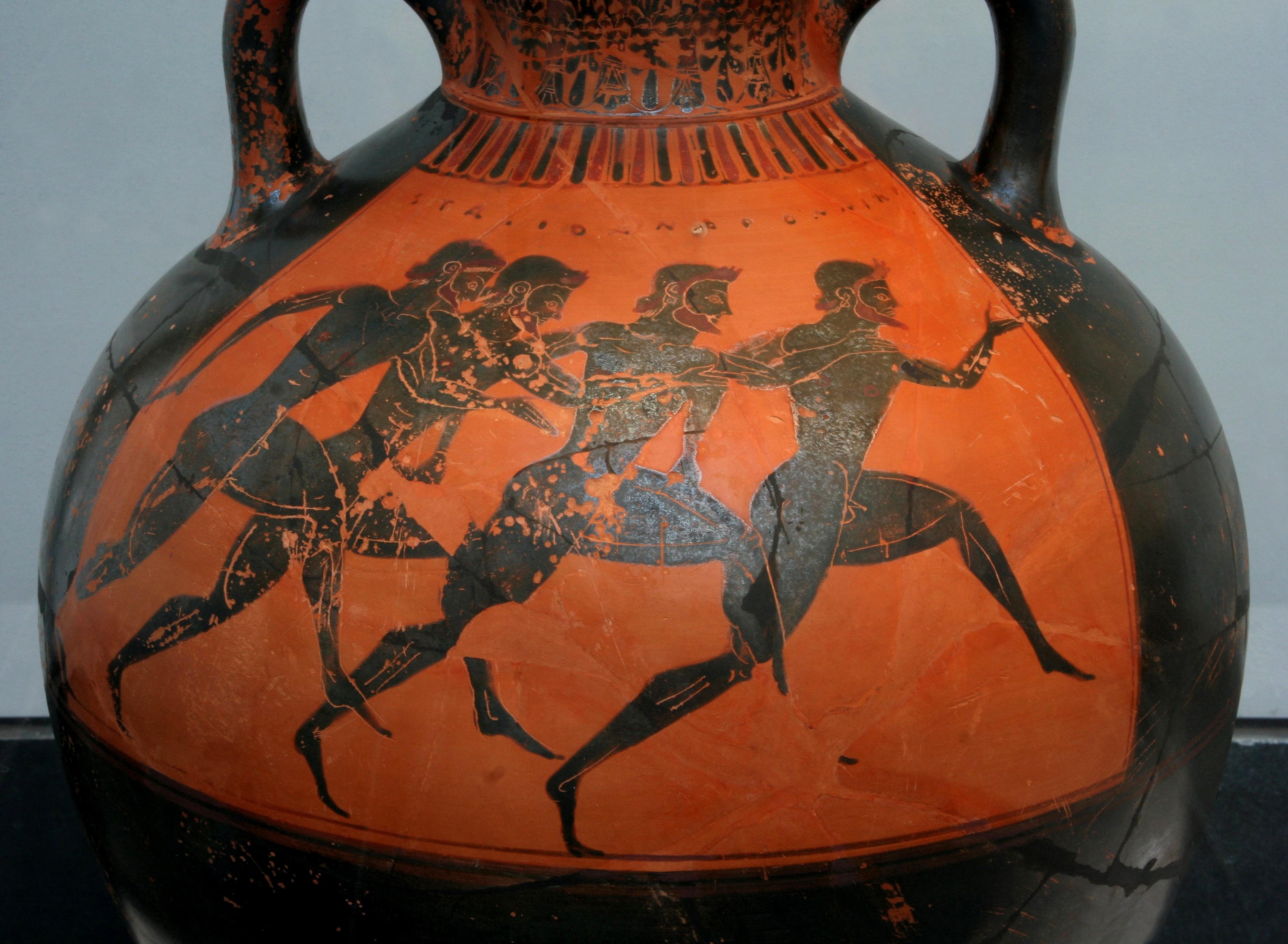 For impressive 1169 years the Olympic Games served as a kind of rhythmic backbone of the ancient culture. The Olympians were the stars of their time and by winning the games they came to fame and into money. Only the Christian emperor Theodosius issued 394 n. Chr. an edict for banning the pagan activities. As recent excavations suggest some hardy fans still continued to gather in Olympia until the 6th century.

1500 years after the official end of the ancient Games the French historian and sports official Pierre de Coubertin revived the Olympic idea. The ancient site (that was rediscovered in 1766) was then systematically excavated by German archaeologists. If you want to establish a connection between the modern Games and the ancient competitions, Brasil will host the 324th Olympiad this summer. 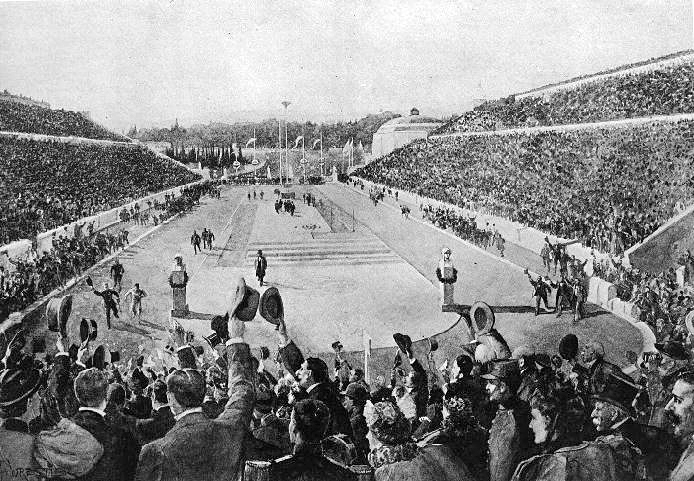 Although in antiquity sport was also the focus of attention, the Olympic Games were in essence a religious celebration. Similar to the theater (which was involved in the cult of Dionysus) the Olympic Games united sports and cult, acts of consecration and competition. The winner of the race for example lighted the fire on the altar of Zeus – a unique honor for every member of the ancient religion.

Hardly any other mass ritual visualizes so vividly the inner relationship of the Greek and the „modern western“ culture. Not just the spirit of individualism but also the pursuit of money and fame was already as important then as it is in our times. It wasn’t the Americans who have given us the American dream – it was the Greeks. Absolute commitment ( „Yes, we can!“) was already a prerequisite (and a guarantee!) for individual success stories. 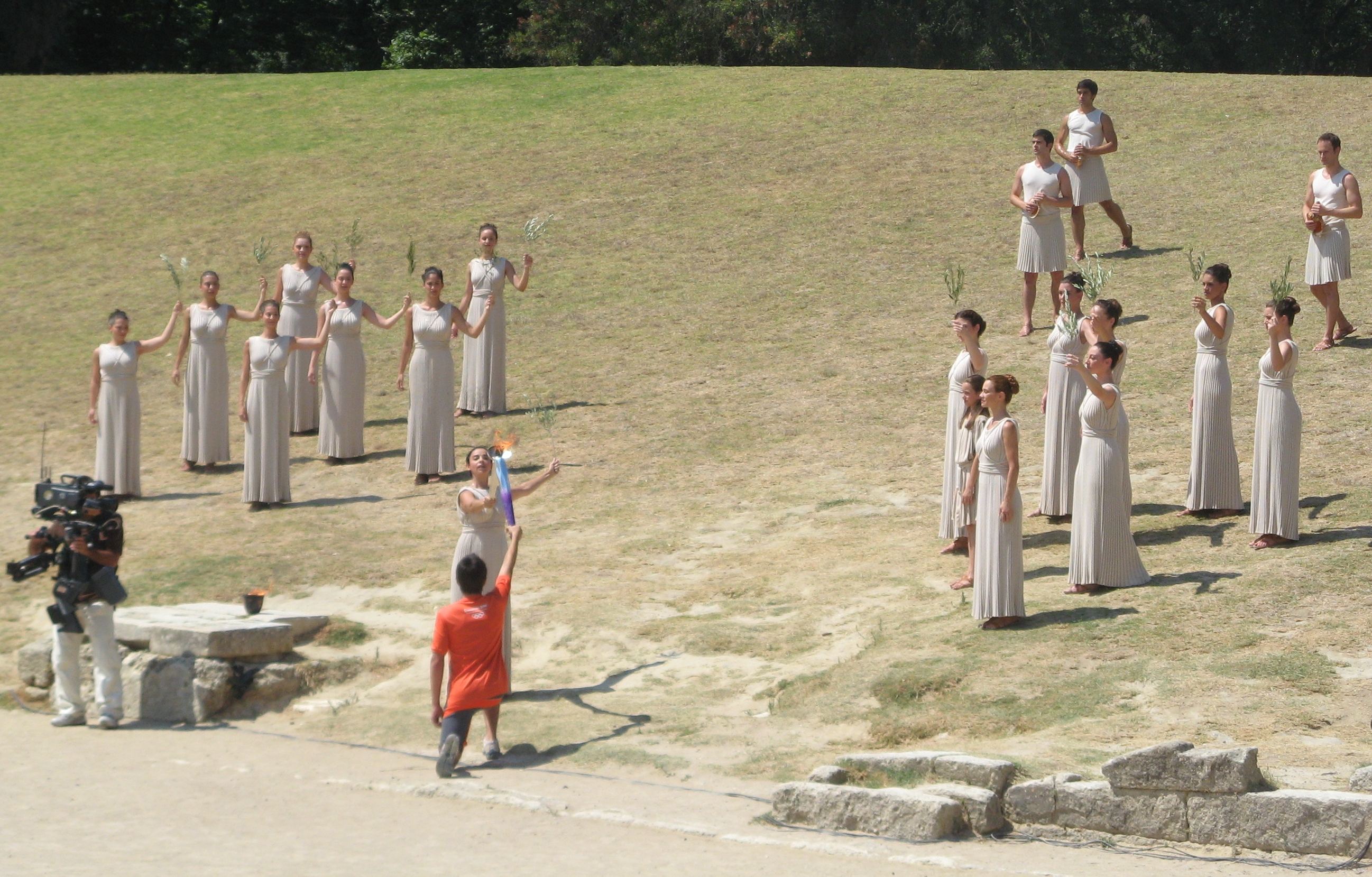 The spirit of Olympic is the spirit of modernity. The time of the rebirth of the ancient „games for everyone“ is also a marker for the modern concept of human life. Man is no longer a toy of a overpowering, obedience-demanding God, no longer a slave of aristocrats, and no longer a victim of his birth. The Olympic belief that you can achieve everything if you just work hard enough for it is more modern than our entire Judeo-Christian heritage.

And so sports competitions – whether they are misused as a platform for fascists, socialists, capitalists or autocrats or not – are also a strong reminder of what the Renaissance, the Enlightenment and the secularization have made possible again after 14 centuries of darkness: the rise of living to his or her capacities. Olympia is not just doping, propaganda and corruption, as it may seem sometimes. Olympia is also 3000 years of belief in personal responsibility and equal opportunity – if not for all, than at least for more then ever before. 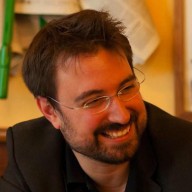