The streets of Berlin are colorful, many cultures and languages ​​dominate the facetious face of this extraordinary metropolis. In the last few years an aspect has become more present, which the German capital has long missed. After the end of the Second World War, it was not a matter of course to make Jewish life in Germany public. For many Jews, the Shoah’s wounds were still too fresh and the ditch between victims and offenders too deep. This year we are witnessing the 72th anniversary of the end of the war and the liberation of the concentration camps.

While at the memorial events the last survivors tell of their heartbreaking and cruel memories, in some parts of the city one hears Hebrew again and sees also people with Kippa or in orthodox chassidic costume. More and more Jewish people show their faith publicly without hiding their origin. Berlin benefits from the increased self-confidence of the Jewish communities and the numerous young Israelis who discover Berlin for themselves. The attractiveness of Berlin continues to be high among artists, musicians and creative people. So it is not surprising that several tens of thousands of Israelis are now settling in the German capital and re-inventing it – not infrequently as the founder of an Israeli restaurant in Berlin.

Serving and deejaying: The Café Gordon

Doron Eisenberg, for example. He is a composer, producer and restaurateur all in one and has been producing electronic music since 2008. Legotek is the name of his Indy label, which exclusively prints on vinyl. After the Shoah, the family lived in Israel, but never lost contact with Germany. Doron is the first of his family to turn Berlin into a food spot. Here he opened the Gordon in Neukölln, a café, which is also the record store of his label.

In the Gordon you can meet authentic Israeli food in Berlin – in a minimalist environment. Regular events are held at the Gordon, where international artists deejay and exhibit. A unique place in Berlin, where the love of music and food is still alive.

Allerstraße 11 – Neukölln
To the “Gordon”

The interplay of culture and cuisine seems to shape this new German-Israeli friendship. At the Café Shiloh in Berlin Mitte, where the owner Keren Shahar offers vegan and vegetarian kosher cuisine, the first pictures are on the walls. There are impressions from Jerusalem, Keren’s hometown, which are underpinned by Israeli pop music, while you can enjoy the authentic Nana lemonade with lemons and fresh mint. Keren offers a small refuge for a meeting place for people from the neighborhood – whether Jewish or not.

In the summer, you can find a loan library for Hebrew books in the back room of the café, as well as occasional musical, literary and artistic events. Otherwise, Keren invites to cookery workshops and offers “Kerens Kosher Kitchen” a catering service for private and business events.

Yorai Feinberg, who also comes from Jerusalem, has created a culinary oasis in Schöneberg with his restaurant Feinberg. The former ballet dancer has worked in many metropolises and fulfilled a new dream in Berlin a few years ago. He does not see the diverse Israeli offers in Berlin as a competition: “Prenzlauer Berg and Charlottenburg – that’s like Haifa and Tel Aviv.” In Feinberg’s, all the Israeli classics are offered: from Hummus and Falafel to Kebab and Shakshuka to Baba Ganoush, Fish and chicken soup are only available on special occasions.

The dishes are “kosher-style”, that is, in addition to numerous vegetarian dishes, milky and meaty are prepared separately and served. But even without a Hechsher (kosher) certificate, Feinberg’s fine masterclass is delighted, and Yorai Feinberg also welcomes his guests personally. For many, he is the owner of the best Israeli restaurant in Berlin.

Hummus with style: The restaurant Djimalaya

Ofer Melech by contrast describes his kitchen as not quite kosher. But the offer of fresh hummus and different grill dishes convinces every guest in the Djimalaya restaurant on Invalidenstraße. The name, which is reminiscent of the mountain chain, puts every Israeli back into his custody days, where this exclamation echoed before dinner. However, one gets in the Djimalaya its hummus with style and not in the scout camp look. Unlike in Israel, where Hummus cafes are rather casual places, here in Berlin delicate wines are gladly served in a sophisticated atmosphere. A bissele Eretz in Berlin.

Invalidenstraße 159 – Mitte
To the “Djimalaya Restaurant”

Garlic for Europeans: The Hummus Cafés Sababa and Zula

A few minutes’ walk away are two more Hummus temples. On the one hand the Sababa operated by Zeev Abrahami on the Kastanienallee between Berlin Mitte and Prenzlauer Berg and Eean Weinberg’s Zula in the middle of Kollwitz neighborhood near the largest German synagogue (Rykestraße). The owners of the two Hummus cafes not only share their Israeli origin, they are also united by their enthusiasm for Berlin. They have developed an understanding of the new clientele in Berlin and reduced the garlic density in the hummus.

In the Zula the garlic oil is then also offered separately in the mini-pots, in order to spare the Central European palate. In the meantime, Hummus has also blossomed in Berlin from a supplement to his own dish and can no longer be assumed away from the culinary landscape of Berlin. Kosher food in Berlin – for beginners and advanced!

Kastanienallee 50 – Prenzlauer Berg
To the “Sababa”

Husemannstraße 10 – Prenzlauer Berg
To the “Zula”

Multicultural with a view: The restaurant Neni

In the Western center of the city right on the Zoologischen Garten you can enjoy Hummus with the best view. On the top floor of the 25h hotel, Haya Molcho has created a gem: the Neni Restaurant. Here, small dishes are created for sharing and enjoying. The recipes are influenced by the Persian, Russian, Arabic, Moroccan, Turkish, German and Austrian cuisine and fill numerous cookbooks written by Haya Molcho by the way. She shares the passion for Israeli food with her whole family. In Austria you can find Nenis Hummus even in the supermarket, an expansion into other countries is already planned.

This year, we are celebrating another important anniversary: ​​52 years of diplomatic relations between Germany and Israel. What was initially a politically project, today finds its continuation in the daily life. All these people and places enrich Berlin culinary, cultural and in general. If you want to check it out by yourself, you are invited to one of the 7 best Israeli restaurants in Berlin. 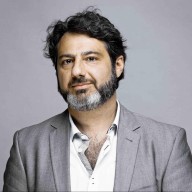